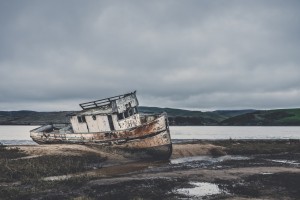 Delayed grief…some grievers may wonder why they’re starting to experience their grief more intensely when it’s been several years since their loss. Rather than feeling they are getting “better”, they may find that they are crying more, withdrawing from friends and family, and perhaps feeling even less accepting of what’s happened.

How can this be? With more time to process, more time to experience life without a loved one, and more time to re-learn what this new life looks like…why would it suddenly feel like it’s harder to cope? And is it normal?

I don’t need to tell you that losing a loved one is unlike any other experience. While there is nothing that can ever prepare us for it, we can’t help but to expect all the same rules of life to apply.

Grief can be a cruel teacher, and one thing grievers quickly learn is that everything changes after loss. Life changes and all the rules have changed too.

Prior to loss you probably experienced the healing nature of time. After a surgery or illness, after a fight with a friend, following a traumatic event…in almost every one of those cases we can say that while other things may have contributed to the recovery, it was time itself that ultimately made the difference.

But the rules are different in grief. Rather than experiencing improvement as a steady climb that could be charted on a graph, most grievers will say their emotions and coping are predictable only in that they are totally unpredictable.

While there is no predictable path for coping after loss, there is a whole section of grievers who face the unexpected experience of delayed grief…and for them the question becomes “why?”. As in “why am I having a harder time coping now than I did before?”.

For the most part the answer lies in the individual circumstances of the griever, and while this won’t be the explanation that fits for everyone, typically those who experience a delayed grief reaction will fall into one of these categories:

There is one thing that each one of these scenarios has in common: in almost every case the griever may have felt they had to turn away from their grief for something more immediate…something that felt like it needed more urgent attention.

And why not? It’s easy to feel like there’s nothing to do about grief. Put it in the closet, stuff it under the bed, hide it away and forget about it…if you’re too busy with other things that need your immediate attention it may just feel like mourning is a luxury you can’t afford.

But here’s the bottom line: grief is very patient and will wait for you until every part of it has been fully realized. The grief you’re feeling now may just be the grief that was there before, only now you have more time to sit with it.

Maybe you’re just now coping with the loss of a spouse because the kids are a little older and more busy and they don’t need as much of your time. If you have already lost one parent and then the remaining parent dies, you may find yourself suddenly grieving for the first….even if it was many years ago since they passed. If you were sick and are healing or if you were going through a tough time and some of that situation has stabilized or even improved…there will be the grief. Waiting for you. Because it was always there all along but you may have just been too busy or too distracted or simply too unable to face it.

So do just that: sit with it. Realize it. Acknowledge it but don’t label it. Experience it without judging it. Throw the timeline away and don’t worry how many days, months or years it’s been. Don’t let the calendar decide how you should be feeling. Grieve in the way that you weren’t able to before, and regardless of when it happens know that the only way to get to the other side of grief, is through it.

One of the reasons www.griefincommon.com was created was to provide a place for grievers who aren’t necessarily “newly bereaved” to come and cope. So many of the groups and services out in the community are for those with a new loss. Only the griever understands how important it is to have help available even years after a loss. Find people here who understand – join us today.

82 thoughts on “Delayed Grief: When Grief Gets Worse”