Communication. It is the foundation of every relationship and every interaction we have – and we all know it. Good communication leads to connection, along with a better understanding of ourselves and each other. Bad communication can result in anger, hurt feelings, misunderstandings and fractured relationships. Comparing the two it seems that we would all choose to have good and clear communication with those we are closest to, but it doesn’t often work out that way.

Communication can be hard even when life is good.

Sharing how we feel makes us feel vulnerable. We may worry about hurting someone’s feelings, making them angry, or coloring their perception of us. Perhaps we assume that words aren’t even needed. That those in our inner circle already know what we need, think, and feel.

So imagine how hard this can be in life after significant loss. In the support groups I facilitate we spend a lot of time (and I mean A LOT of time!) talking about “other people”. Close and distant family, friends, coworkers…all of whom seem to make a griever’s life more challenging at one point or another. And mostly it comes down to a lack of open and honest communication about life, death, grief, and loss.

At some point through this grief journey you have probably felt or thought the phrase I so often hear…”no one understands”. But why is it so hard for people to be supportive when we need them most? And what options are there to improve this very troubling consequence of loss?

END_OF_DOCUMENT_TOKEN_TO_BE_REPLACED

Anger is a common experience when you’re grieving. It’s intense, uncomfortable, and powerful. You may feel like you can be angry at many different people, for many different reasons. You may be angry at your loved one for dying in the first place. Their death may have resulted from one of the choices they made. You may recall memories of some of the things they did when they were alive, something you had a hard time accepting, and that makes you angry now. You may also discover something about your loved one that you weren’t aware of when they were living. That can make you angry too.

END_OF_DOCUMENT_TOKEN_TO_BE_REPLACED

Some will immediately relate to these labels, and some maybe not so much. Yet most people I work with exhibit at least some of these traits, whether they are consciously aware of it or not. For the perfectionists, it may come as an almost badge of honor. A commitment they’ve made to themselves to do everything the best they can, without fail, in every single category of their life. The people pleasers may not be as satisfied with that title. But they also understand it as a necessary skill to function in their lives, and as a way to get along with the people around them.

But what happens when life falls apart? Expectations for ourselves often remain the same, but how can they when EVERY SINGLE THING in life has changed? Do these old habits and old roles still work?

END_OF_DOCUMENT_TOKEN_TO_BE_REPLACED

Self-esteem. Insecurity. Doubt. Just the mention of these words can make us think of a very specific time in our life. Perhaps the teenage years or young adulthood – when how you feel about yourself and your place in the world can be so uncertain. But as time goes on and you settle into your adult life, self-esteem may not seem so important, and it’s not something you may have paid much attention to. In other words, if it’s not great, it’s at least good enough.

It’s also not something you hear spoken about in grief. And yet significant loss can completely drain and deplete any self-esteem you may have, making it feel impossible to move forward in a healthy or purposeful way.

So why does confidence take such a hit after loss, and how do we begin to improve this invisible symptom of grief?

END_OF_DOCUMENT_TOKEN_TO_BE_REPLACED

There’s never a good time or good way to lose someone we love, but if we experience the sudden loss of a loved one…is it harder?

I shy away from this type of debate in the groups that I run. While validating a griever’s loss is one of the most important things a group can offer, a challenge of who is having it harder – or who is hurting more because of the way they lost their loved one – is not.
There are a lot of grief articles out there that discuss the difficulties of caregiving or losing a loved one to long term illness like cancer, and while this writing will not answer the question of what’s harder it will ask…is it different? And the answer is: absolutely.

END_OF_DOCUMENT_TOKEN_TO_BE_REPLACED 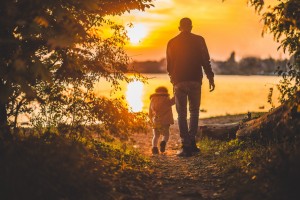 END_OF_DOCUMENT_TOKEN_TO_BE_REPLACED

Continue reading Coping with the Loss of a Parent → 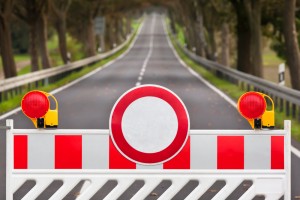 When we lose someone we love, we expect to feel sad. Even years before their passing if we took a moment to contemplate what life would be like without them, we could have correctly predicted the sadness and heartache their absence would bring. The reality of grief, however, is so much more complex, and filled with so many tough emotions and “grief roadblocks” that even the most astute could never foresee.

A “grief roadblock” refers to any of the tough and complicated emotions that stand in the way of our path to healthy grieving. These emotions- like anger, guilt and regret- are very often responsible for leaving a person in a grief limbo and halting their ability to move forward.

While anger, guilt and regret are very different emotions, what it takes to move through and push past them is actually quite similar.

Before discussing how to cope with grief roadblocks, it’s worth mentioning that all of this is very “normal”. Not normal for you maybe, and certainly not pleasant, or comfortable. But getting “stuck” at some point along the grief journey is very common and very much to be expected. These emotions will manifest themselves differently for everyone, but here are some examples of what blocks the griever:

END_OF_DOCUMENT_TOKEN_TO_BE_REPLACED 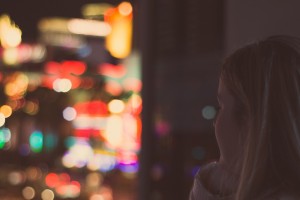 There is a term called “Disenfranchised Grief” and it can be used to describe any time a person’s loss is not being validated or substantiated by those closest to them.

This creates a real problem for the griever. Not only do they have to struggle with the loss, but if they feel they have to defend the depths and complexities of their sadness to those around them, they may feel even more isolated, confused and alone.

Though largely unspoken, there are rules in grieving, and judgments being made about how sad we should be and for how long based on a number of factors. They can include the relationship we had with the person who died, their age when they passed, and in what way (sudden vs. expected) they died.

END_OF_DOCUMENT_TOKEN_TO_BE_REPLACED 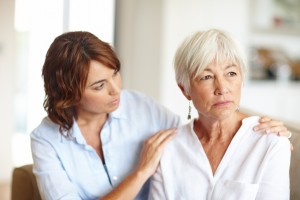 YOU SHOULD READ THIS: (And if you’re dealing with loss, that should be the last time you should listen to anyone telling you what you should do.)

Dealing with the loss of a loved one is a very personal thing. As friends and family try to over support or advice, some grievers can feel overwhelmed.

I believe that, in general, people are well-intentioned. Whether that’s actually true or not, I find one of the most peaceful ways to get along in this world is to assume that no one is actually setting out to hurt me or upset me.

Now I understand that this sort of optimism may not come easily after the loss of a loved one, and that’s okay. Worrying about whether or not other people have good intentions for us may not be on our list of concerns.

But these people (family, friends, neighbors, coworkers) are still a big part of our life. And in the early days of a loss, as they are trying to help us through our grief, they’re going to come armed with an endless supply of “should”s.

Here’s some examples of the “should”s you may have heard or will hear:

END_OF_DOCUMENT_TOKEN_TO_BE_REPLACED

Continue reading Dealing With Loss, One “You Should” At A Time →