A strange thing happened during my first three Grief Coaching calls this week. One after another, I found myself returning to the same advice. These were three different grievers with three vastly different losses, backgrounds, and circumstances, and yet one big commonality among them: an inability to let go of a guilt or anger they were holding in relation to their loss. Were they to be stuck in this place forever, or was there something that could take some of this pain and hurt away? My answer each time: forgiveness. 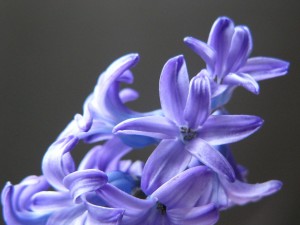 Although the majority of my coaching is done over the phone I can still tell when something I’ve said causes a griever to shift uncomfortably in their seat, and this word, this topic, seemed to do just that.

Why? Because forgiveness is too big an ideal. Either too spiritual a notion or something reserved only for the mortal saints, most of the regular every day people I speak with just don’t think they are able capable of forgiveness when something is so awful.

But why the resistance to forgiveness, and can it actually help in grief?
We are often told to forgive. How important it is, and how “being the better person” will make us feel better, but I don’t think most of us actually believe it. Because unfortunately forgiveness is often seen as equal to condoning, or being okay with what’s happened or what’s been said. By suggesting a person forgive, it may seem the same as saying that they should also accept, overlook, ignore, excuse, disregard or pardon someone’s bad behavior.

Uh uh, no way. I’m not doing that. The idea of forgiveness when we’re not ready for it has a way of bringing out the hurt child in all of us. “But it’s his fault!”, or “It’s not fair!”.

Too often, it feels the person who has caused harm doesn’t deserve our forgiveness, and here’s the important part…

Because in grief, the anger we hold toward a person has a way of not just making us feel bad, it could quite possibly be stunting the entire grieving process, slowing it or stopping it completely, preventing any possible progress or hope of moving forward (I’ve written about anger as a roadblock to grief and you can find that article here: Grief Roadblocks & How to Let Go of Tough Emotions).

It’s time for a new perspective on forgiveness. I will share that in my personal life I am probably known as a pretty forgiving person. I’ve been told at times that I’m “too nice” and that I shouldn’t let other people “get away” with something they’ve done or said. But my reply is always the same, “I’m actually the most selfish person you know”.

This surprises people. Selfish is such an ugly word and so contrary to what a person may have just been saying, but I explain it like this.

When I show forgiveness to someone, I don’t do it for them. I do it for me. Every single time.

Because I can’t carry that anger with me. I need peace above all other things, and when something is past and can not ever possibly be changed or fixed, or remedied, or learned, there is simply nothing left to do, but forgive.

In Buddhism, there is a perspective on anger…comparing it to a hot coal that we intend to throw at someone else, but as we hold that coal in our hands, we are the only one who gets burned.

You may be spending a lot of time and energy thinking about who is at fault in relation to your loss. It is probably keeping you up at night. It is probably distracting you at work. It is likely bringing out a side of you that you’ve never seen, and getting in the way of you trusting people, or feeling anything positive toward those around you. Anger has a way of growing inside us, shutting down all we need to perform, function, and grow.

And the other person? The source of your anger?

It’s probably not impacting them at all. Sure, they may hold their own guilt for whatever has happened, but that is still wholly disconnected from your personal thoughts. Meaning no matter how much anger you have or don’t have toward them, no matter how many hours you log actively engaged in angry thoughts toward them: their life is the same and nothing about what has happened has changed or can change.

If you want to take action, take action. If something needs to be done to prevent future families from suffering the way you are, do it. But anger for the sake of anger accomplishes absolutely nothing except your own torturous pain.

And finally, what if you’re the one you need to forgive?

Well, in some ways it’s pretty simple, as it’s the same advice. Find forgiveness. We are flawed human beings. I believe that every single one of us is doing our best. If that “best” isn’t great? Well, that’s usually because of something that has happened in our history that has made it so. We each have our own limitations for so many different reasons, and sometimes they can interfere with our ability to do better or be better. What’s interesting is that while we tend to be better at understanding these limitations in the moment (for example: “well, I just have to hope mom understands that I have to work tonight and won’t be able to come visit her until tomorrow”), we almost never see the same perspective after a loved one is gone.

So if you’ve read anything from me, you know how often I come back to this question, and that’s probably because it’s such an important one: Did you do the best you could with the information you had at the time? And I’ll expand it for the sake of a forgiveness discussion, so I want you to also ask yourself this. Did you only have good intentions for your loved one? Are you a flawed human being who is incapable of being everything to everyone all the time?

Forgiveness is the greatest gift we can give ourselves. Don’t do it for ANYONE but you. There is simply no other action so within our grasp that has the potential to propel us forward and help us grow like forgiveness does.

Do it in small steps. Start by taking a very honest look at what anger or guilt HAS accomplished in your life. And then decide you want better. That your loved one would want better for you. And most of all: that you deserve better.

Find forgiveness, and the healing will be right behind it.

Need some help in working through forgiveness or any part of your grief?  Grief coaching can help, and you can find out more by clicking here: Grief Coaching.

And remember, your fellow grievers are always ready to help validate the unique challenges in loss. There is no one who understands better and no one more ready to listen, share, and help. You can join us, by signing up here: www.griefincommon.com today.